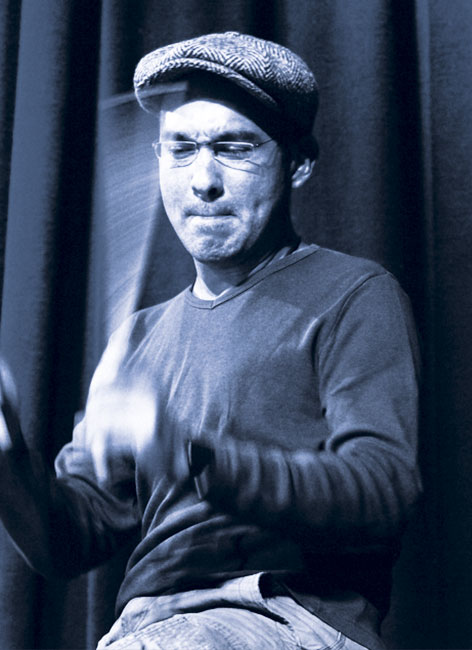 Yonga Sun is a musical chameleon. He is praised for his dynamic, inventive and adventurous drumming. Always on-the-edge and in-the-moment, he keeps propelling the music to new levels. Born and raised in Germany, he grew up right next to the famous “Leverkusener Jazztage” a festival that gave him the chance to see great players and a wide variety of music during his teenage years. He practically lived in the local music school and at one point played in two big bands, several ensembles and a symphonic orchestra where he commanded five timpanies!

After high school he studied music in the Netherlands, where he still resides. He was named “Most Promising Student” at the Arnhem Conservatory and won the prestigious “Dutch Jazz Competition” after graduating, including the “Best Soloist Prize”. Ever since he discovered Jazz at the age of 14 he has cherished and caressed his musical love. Back then he didn’t understand the music, but felt that it was great. By now he’s found more and better ways to express his musicality, but still doesn’t know what it all means.

Yonga is as much a powerful percussive colorist as he is a drummer in the traditional sense. He feels music like a beautifully flowing river. Sometimes fast, sometimes slow, never the same, yet always clear. Communication and interaction are key elements in his approach, relying on daring and trust between the musicians. He utilizes an extreme dynamic range on his quest to combine simplicity and virtuosity. A song can be different with every rendition. That’s why you don’t want him playing in a cover band … He is continously involved in projects combining music with theatre, dance and poetry and enjoys the challenge to bring an equal level of communication to different disciplines.www.stefanbauer.net

“Within this spectrum of emotions, colours and stories, Yonga Sun adds powerful drive at crucial moments, feeds the furnace and expands the adventure with creativity, pulse and momentum.”
Draai om je oren, Netherlands 2013

“The band’s real secret weapon is Yonga Sun who uses drums, small percussion and even his voice to play a magical game with rhythms. He makes them cross, bounce and wiggle and sometimes just propels them straight ahead.”
Leeuwaarder Courant, Netherlands 2013

“Here is drummer Yonga Sun, a percussionist who looks further than his set of drums. He uses it to lay down unusual patterns, conjure up unexpected accents and move from controlled silence to spectacular drum wizardry within a couple of bars.”
Leeuwaarder Courant, Netherlands 2012

“The driving force is drummer Yonga Sun, who has to be quite a special talent. He keeps the whole thing going, has a dynamic repertoire from a different world and impressively drives the music forward.”
Jazznytt, Norway 2012