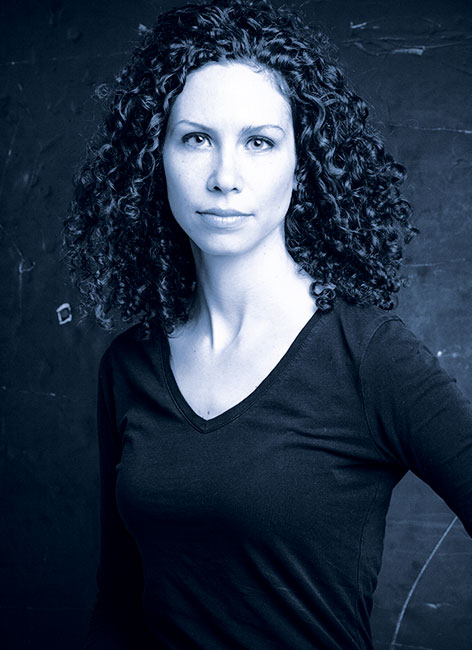 Born in Belgium, raised in Israel and currently residing in Brooklyn, Vocalist and composer Tammy Scheffer’s music combines influences of contemporary jazz with her own expressive voice and a strong sense of melody. Growing up in a musical family, Tammy was first introduced to jazz music in high school, and started performing professionally at the age of 18. Influenced and encouraged by the instrumentalists she worked with, Tammy absorbed their approach to improvisation and composition and embraced the freedom of instrumental jazz. Later she attended Rimon School of Jazz, and was captivated by the contemporary jazz sound for the first time. Inspired to search for her own personal voice, Tammy decided to move to the United States and look for new musical challenges. After being offered scholarships from the New School of Music, Berklee College of Music and the New England Conservatory, Tammy chose to attend the latter, where she studied with Jerry Bergonzi, Jerry Leake and Dominique Eade. She recently graduated with honors, and moved to Brooklyn, NY.

Since arriving to Boston in 2007 Tammy took part in various projects, performing at venues all over the United States. In 2008 she toured with Ayelet Rose Gotlieb’s project Mayim Rabim, and performed at PS 122 and Drom Club in NY, Chicago Cultural Center, Alevrno College in Milwaukee, Wisconsin and other premier venues. In March 2008 she has been chosen to participate in the exclusive Betty Carter’s Jazz Ahead workshop, a program that took place in Washington DC and Philadelphia, and included three concerts on the Kennedy Center Millennium Stage which were broadcasted live over the internet. Other notable performances include the Virginia Arts Festival, the Regattabar in Boston, the Fat Cat in NY and the Tel Aviv Jazz Festival in Israel.

Recently Tammy participated in Michael Feinberg’s latest album, “Evil Genius”, and in saxophonist Brian Hogans’ album, to be released by Turnaround Records. In recent years she worked with an expanding circle of musicians, including Jeff Berlin, Kevin Mahogany, Aaron Goldberg, Anat Fort, Sam Barsh, Luques Curtis and Obed Calvaire. Tammy is a recipient of a scholarship from the America-Israel Cultural Foundation.