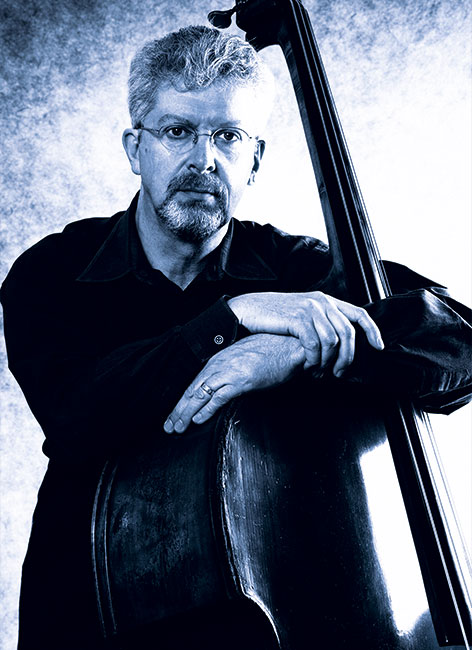 Jim Vivian has been at the forefront of music making in Canada for nearly 30 years, and has performed and/or recorded with most of the well known jazz artists working in the country today.  Originally from Newfoundland, he moved from St. John’s to Toronto in 1979 to pursue classical bass studies with Thomas Monohan and Thorveld Fredin.  During the early 1980’s he began to focus more on jazz and improvised music, studying with Dave Holland at the Banff centre, and later in New York with Holland and Marc Johnson.

Jim has long-standing associations with many musicians in Toronto and across the country such as Mike Murley, Jeff Johnston, Don Thompson, Brian Dickinson, and John MacLeod, to name a few.   He appears on over 100 recordings, 29 of which have been nominated for Juno awards in as many years.  He has also performed and recorded with many internationally esteemed artists such as John Abercrombie, Jerry Bergonzi, Mick Goodrick, David Leibman, John Taylor, Kenny Wheeler, and Norma Winstone.

An experienced teacher, Jim is presently on faculty at the University of Toronto and York University.